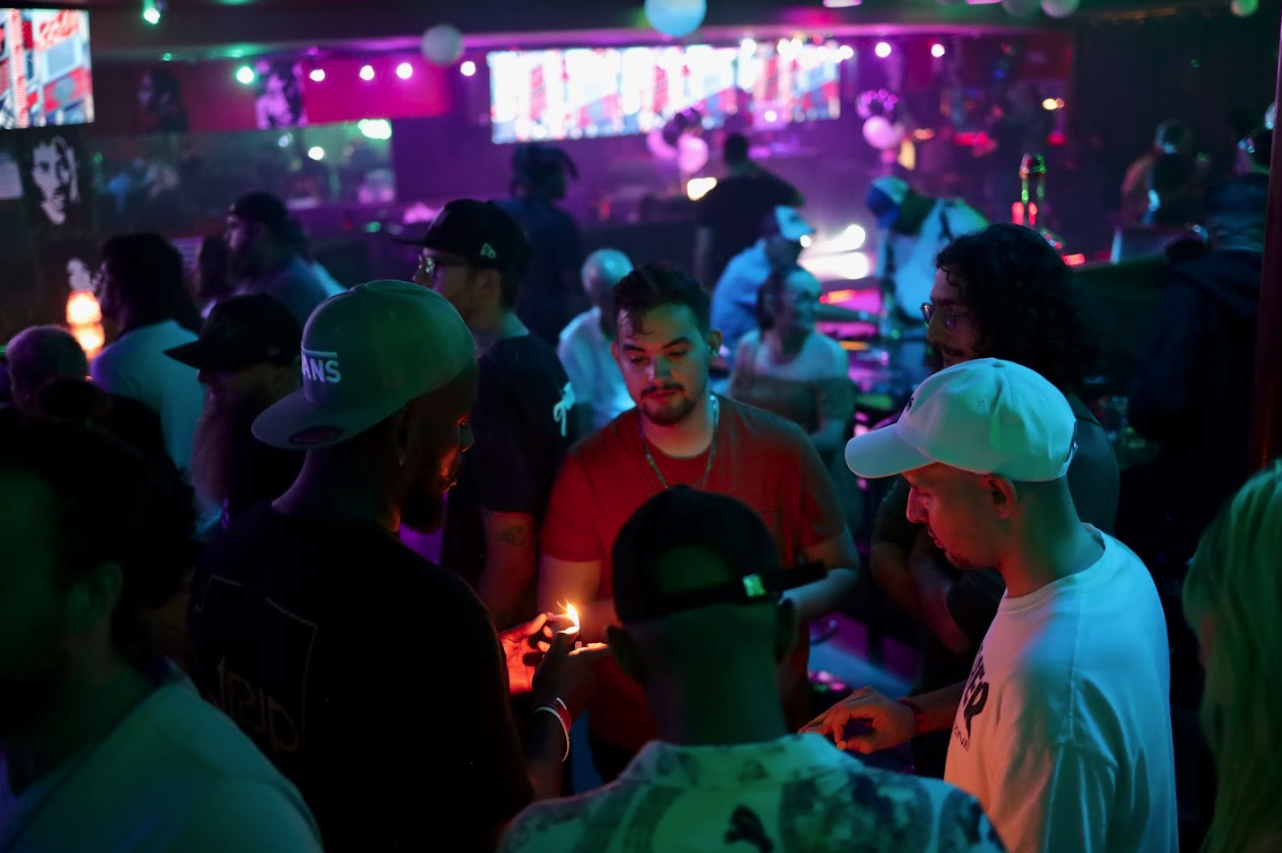 MESA, Arizona.—On Saturday night, friendly neighborhood stoners near and far were Mesa-bound, when the Valley’s first Industry Gathering—the latest monthly series from Trap Culture—got underway at the Lounge SoHo. The evening featured some of Arizona’s best and brightest hip-hop artists, each of whom staged impressive performances while representatives from the industry’s most notable cannabis brands mingled with one another over a toke.

June’s Industry Gathering event featured Rove, a cartridge and smoking accessories brand based in California. Rove representatives were on hand to take part in the merriment of the evening, giving out samples and swag throughout the night.

The aura was abuzz from the moment the doors opened and the crowd split into factions—one contingent destined for the dab line and the other for the bong line (both of which featured glass graciously provided by Zong).

As clubs go, the Lounge SoHo is deceptively spacious, despite the impression one may have upon arrival. Inside, a raised level of booths runs along the length of the west-facing interior, while seats and booths near the stage are available for those who prefer to be closer to the action. The space between the two areas is a walkway, which leads up to the bar, shouldered by high top tables and ample room for socializing.

Most decidedly, it’s the perfect atmosphere for a consumption-friendly industry night. Add to the mix a stellar lineup of performances by some of the Valley’s foremost up-and-coming hip-hop artists, and the stage is set for an unforgettable experience.

The musical portion of the night kicked off with a rousing set by Indi Clouds, whose energy level was rivaled only by the impassioned zeal with which she delivered her bars.

Pilot Flyin’, who turned in a dynamic performance of his own, was particularly thrilled to be a part of the evening’s entertainment. Asked how he thought the night unfolded, he replied by stating that it was an “amazing event overall; top to bottom, well done.” He added, “Trap Culture AZ does it right. This was a first-of-its-kind event and they knocked it out the park. [I] made some dope industry connections as well—can’t wait for the next event.“

Kyle, an industry professional who recently started his own dabtending company, expressed his pleasure at the inclusive and harmonious nature of the evening, stating that it’s “great seeing communities like Trap Culture forming. Cannabis is meant to be a shared experience and I’m happy for the opportunity to have experienced it.”

Cris, another event-goer and budtender at a local dispensary, said that he “had a blast,” adding “I saw tons of people I work with, as well as old coworkers of mine. It was a very good turnout; great music, cold drinks and more than enough bud to go around.” As for the consumption-friendly aspect, he stated that he “loved that we could smoke inside and outside, especially tonight with the breeze—it was really nice.”

From every perspective, all indications seem to suggest that the night was an overall success. After a long night of heavy vibin,’ the couch lock eventually began to take effect.

It was up to Vavrix to close out the night with an action-packed performance that saw the rapper walking into the audience and jumping up onto the tops of booths. His spirited and fiery brand of hip-hop, complete with a unique rapid and eruptive delivery of every line, was the perfect way to close out a momentous night.

The untold amounts of weed consumed could be weighed in poundage, the high spirits of attendees in tons. As the crowd began to leave the venue, the general consensus seemed to consist of a mixture between making plans to attend July’s gathering and making plans to find food in the much nearer future. All told, the night went off without a hitch and the entirety of the Valley’s potheads went merrily into the night.

Next Up: July Industry Gathering