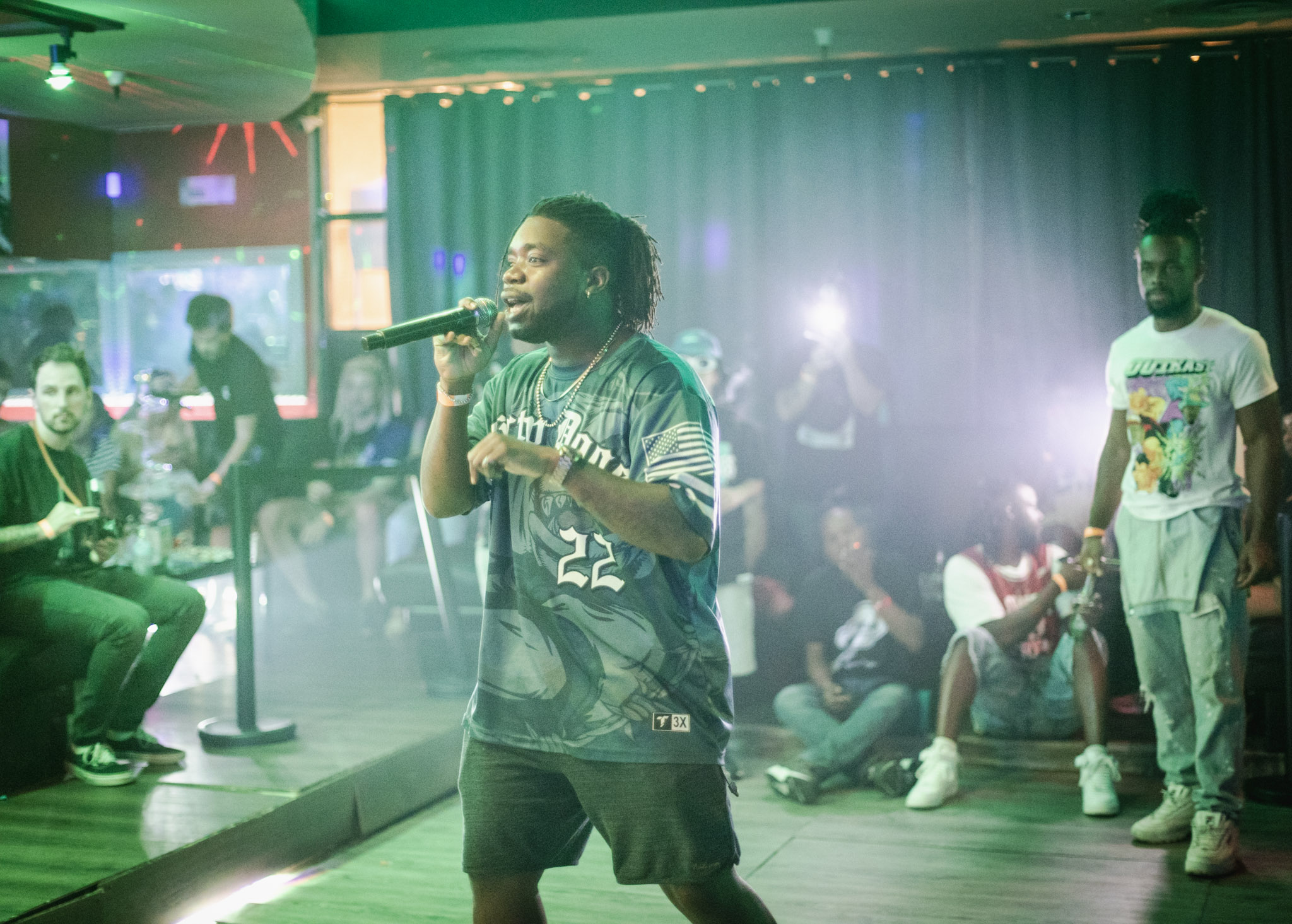 This past Saturday, Trap Culture’s AZ Gathering fortuitously coincided with the occasion of “710 Eve” to result in one of the finest Oil Day celebrations the Valley has ever seen. For July’s installment, featured vendor Canamo delivered the goods, showcasing some of their finest concentrates via a complimentary dab bar.

True to the spirit of this ‘day of the dabs,’ a lively game of loteria kicked off the night’s festivities, with coveted gift bags filled with cannagoodies.

After loteria, the musical portion of the evening to got into full swing. The evening started with a nod to June’s event, with that night’s opener, Pilot Flyin,’ intro-ing July’s opener on Saturday night.

Soon, the night kicked into gear, with DEEZ, who served up a strong and capable set that eventually gave way to Dariah Flame, who heated things up with an exceptional performance of her own.

Next up was LXGIT, who’s set was as powerful as it was skillful, with tracks like Elevate aptly demonstrating the artist’s acumen, and illustrating exactly the kind of technique and style that makes his spot on the roster at Hieroglyphics Imperium a comfortable fit.

Arguably, the best performance of the evening was turned in by Henny Lago, who closed out the night with his signature brand of hip-hop and R&B synergy. His stylistic choices and creative energy guided his setlist through the ups and downs of the human experience, impacting listeners as heavily as the dabs that had initially locked them to their seats.

Near the end of the evening, results of a raffle were held, and first- and second-place winners took home a Puffco Peak and a sizable Canamo gift package, respectively.

As we look ahead to August, the momentum continues with Trap Culture’s next AZ Gathering, when Aeriz will be on hand as the featured vendor. August’s musical lineup will feature an all-new roster of some of the best local music the Valley has to offer.

If the recent announcement about the reduction in the number of tickets available for all future AZ Gatherings is any indication, individuals interested in attending next month’s event will be wise to grab their tickets sooner rather than later.