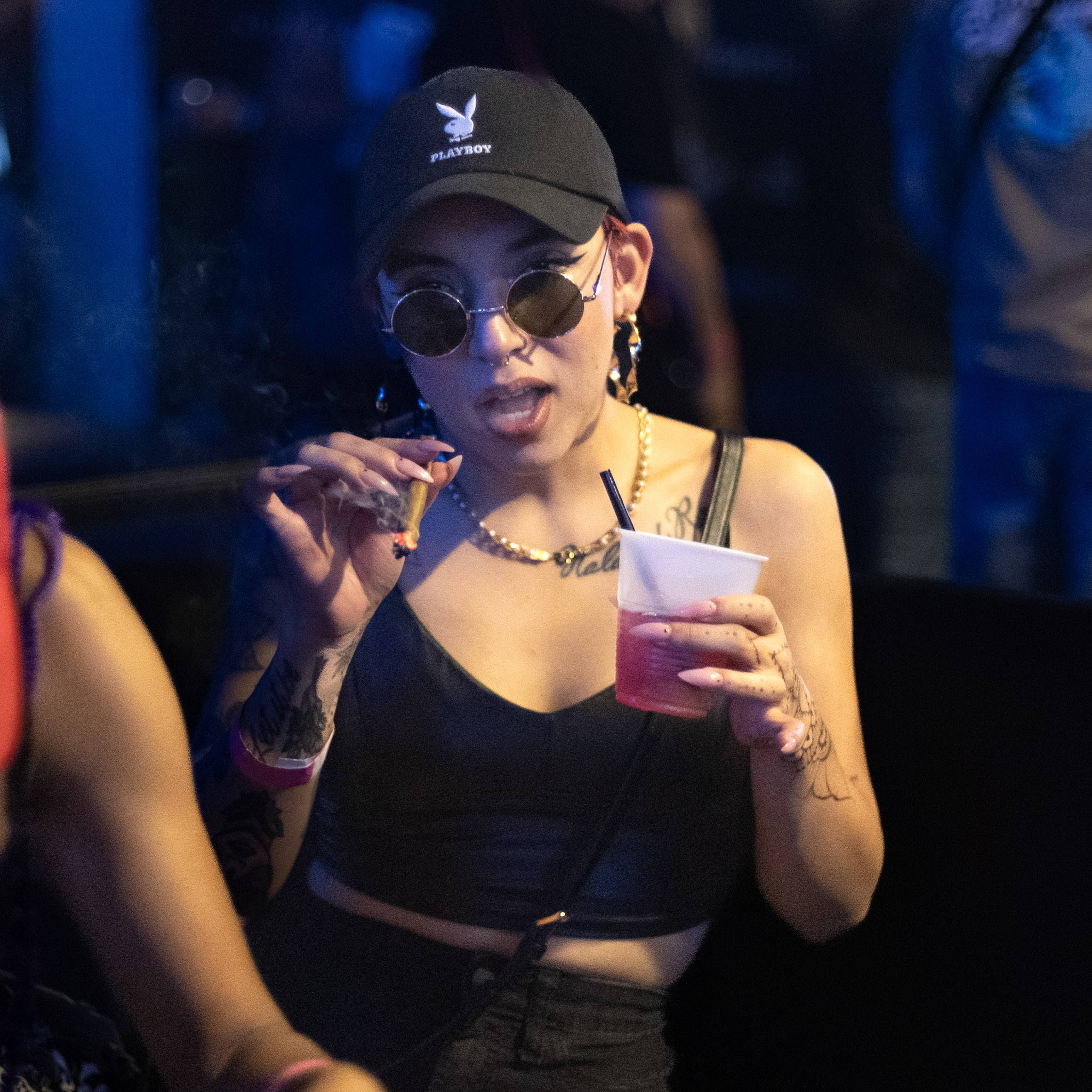 Aeriz and Mad Terp Labs combine forces with Trap Culture to present an unforgettable night of dabs, dancing and delights .

MESA, Ariz.— This past Saturday, The Lounge SoHo was once again abuzz with the lively verve of the Valley’s most pot-proficient—an occurrence that has become a monthly affair, ever since June’s launch of Trap Culture’s recurring cannabis-friendly Gathering.

From the outset, the night was rich with dank nugs and good vibes. Mad Terp Labs brand ambassador and MC for the evening, Hailey Hernandez, set about hyping the crowd into a good-natured frenzy, while Aeriz representatives rolled joints and smoked with event-goers nearby.

By the time those last in the line of excited patrons had made their way inside, the dancefloor was bustling with the festive and frisky moves of the particularly nimble-footed, prompted by a mood-elevating set DJ set by Franklin Scott, also known by his appellation, DRIIHEAT. Franklin’s set eventually gave way to that of Jetsteen, who was also on DJ duties for the evening.

As welcoming as the atmosphere was inside, those who had wandered outside found equally amenable conditions on the patio. A gentle breeze provided some respite from the humidity, making for a pleasant climate that was thoroughly conducive to an especially chill sesh circle.

All told, the night unfolded quite nicely, with everyone getting their fill of globs from the complimentary dab bar provided by Aeriz.

Trap Culture’s monthly series continues in September with STIIIZY in the vendor spotlight, so be sure to stay tuned via the Trap Culture and Gatherings Instagram accounts, and find tickets here.