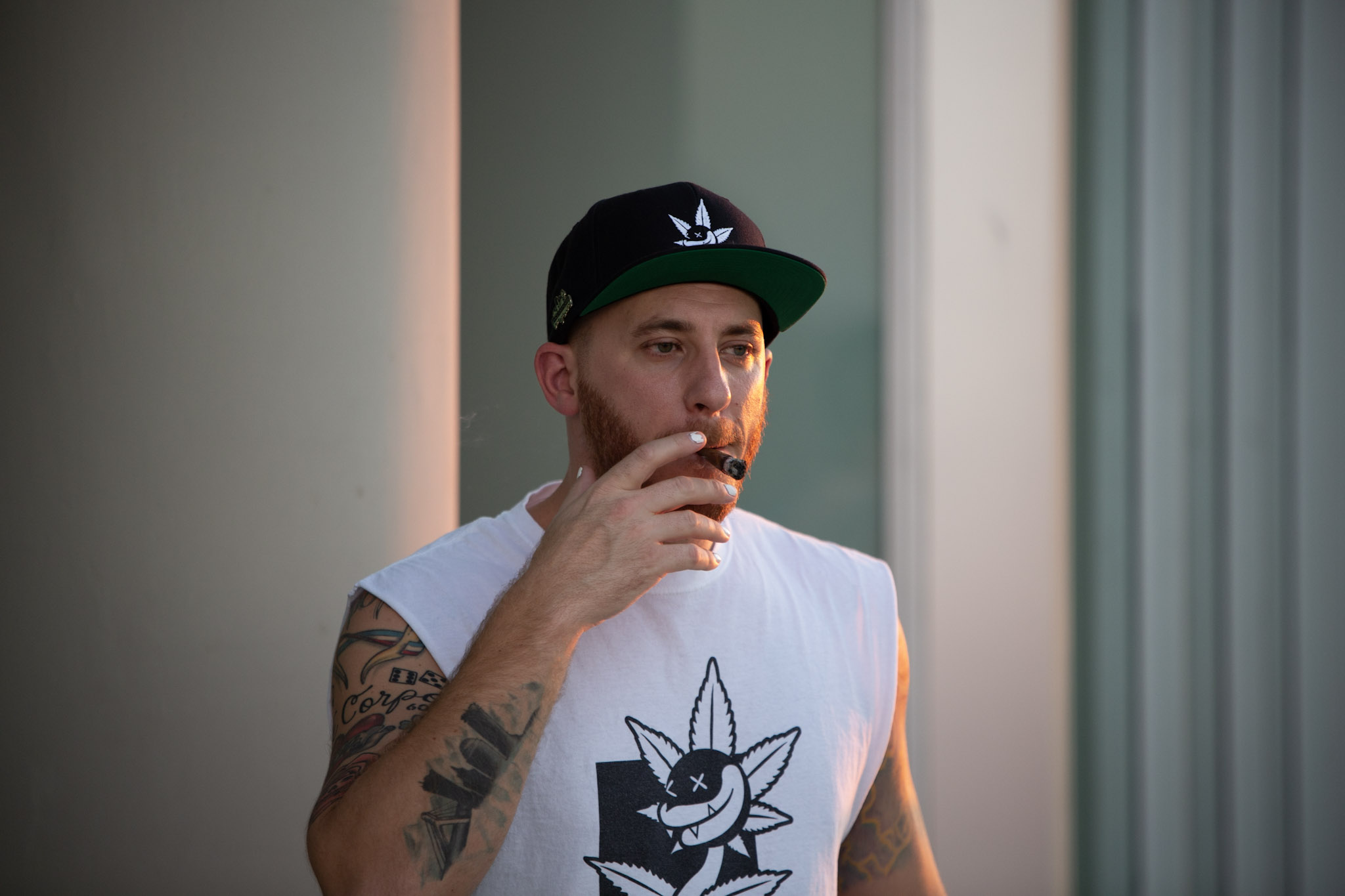 TEMPE, AZ – After spending the better part of a decade in the cannabis industry, Trap Culture director David DeCorpo seems to have found his niche. Starting out as a budtender, he’s served stints in various areas of the biz, including his recent role in licensing and applications, all the while amassing an extensive knowledge of aspects of cannabis ranging from seed to sale.

He has ultimately found his calling in events—cannabis consumption-friendly events, to be precise—where a desire to connect the cannabis community is at the forefront of the immersive and engaging experiences for which Trap Culture has become increasingly known.

When asked about the mission that drives Trap Culture, DeCorpo indicates a strong dedication to creating a bond within the industry, something he says wasn’t necessarily present upon his arrival.

“I was a travelling bartender, and no matter where you worked, all the bartenders got together and drank,” he explains, referring to the camaraderie often present among the cocktail and nightlife workforce, where “industry nights” and other link-up events are commonplace.

“When I got into the cannabis industry, it was not like that.” DeCorpo recounts a somewhat fragmented and isolated scene wherein individuals relegated themselves to their own circles and rarely ventured into other areas of the cannabis community.

“If you work at this company, I’m not going to smoke with you,” he recalls the sentiment being at times, and it quickly became something he was committed to changing.

“I don’t feel like it should be competitive, I think that stoners should be able to hang out with no judgement. That’s the exact reason I started Trap Culture.”

To that end, David has certainly remained consistent, diligently and meticulously planning a number of impressive events while simultaneously playing a part in building a diverse, thriving community of cannabis lovers along the way.

From MMA preparties at Celebrity Theater and “Cannafest” meetups at Golfland/Sunsplash, to events like Concentrated Comedy, which have featured such comedians as Trevor Wallace and Steve Rannazzisi, Trap Culture continues to host to some of the most unique and memorable cannabis-friendly occasions to take place in the Valley of the Sun.

Admittedly only a few years in, David recognizes that the cannabis events landscape is still burgeoning. However, that doesn’t keep him from aiming his sights high. “We’re going to be the cannabis Warped Tour,” he says with a light chuckle, describing his vision for a festival that will have, as he puts it, “multiple stages, multiple bars and big-name artists,” further musing that he could “possibly even make it a week long.”

While a travelling Warped Tour of Weed may be in the ten-year plan for now, Trap Culture is certainly taking steps toward that goal with its upcoming Mangia Ganja food and music festival.

“We have over 30 food vendors; we have 120 vendors [total],” DeCorpo states, adding that there will be live art from 20 artists, and performances from 15 musical acts—all of which will culminate in a headlining set by noted toker and rapper Futuristic. Mangia Ganja will also feature a VIP area sponsored by locally-based cannabis brand Grow Sciences.

By all indication, Mangia Ganja promises to be a first-of-its-kind event—one that perfectly merges music, food and cannabis, all while providing a safe and captivating setting for attendees to make unforgettable memories.

When asked if events like the those curated by Trap Culture are influential in changing public perception of cannabis consumption, his answer is affirmative: “Twenty years ago, my mother hates [cannabis], and now, she’s coming to our event next week.”

He goes on to suggest that the recent legalization of recreational cannabis has played a significant role, as well. “Now that it’s legal in Arizona, I think people are a little more lenient,” he surmises, referring to the apparent change in attitude of the vox populi.

Additionally, he suggests that the availability of legal cannabis presents a new option for those who avoid more traditional ways of relaxing, stating that people are increasingly realizing that “alcohol is not for everybody.”

David is optimistic about Trap Culture’s current trajectory. “We are creating the structure, the fundamentals for how to throw cannabis events in Arizona,” he asserts. Despite the promising outlook on the horizon, DeCorpo maintains a humble but steadfast ethos.

“I’m not here for clout,” he says, demonstrating an adherence to the idealism that initially motivated him to create Trap Culture. “My philosophy is getting the actual industry together, I want to be talking to the budtenders, the facility agents, the people that are growing…If you do something fun for the actual industry, everything will grow.”

^ Back To Top ^
NextNext